The global pandemic has hit hard everywhere. The economies are collapsing. Talking of the Indian economy, the situation is not good. The economy has been under lockdown for the sake of social distancing. With each passing day, the situation is degrading and millions of jobs are on the line. On March 31st, the National Sample Survey (NSS) and Periodic Labour Force Surveys (PLFS) hinted that over 136 million jobs are at immediate risk.

And soon it turned into reality. According to an Economic Times report, the organized private sector in India is planning to have major job cuts or layoffs due to the lockdown that has significantly impacted the economic activities. A survey was done to figure out the scenario. It included 1,124 companies across 11 industry sectors in 25 major Indian cities. It showed that 68% of employers surveyed are either planning to or have already started the layoff process.

Another Economic Times article reports, “Software Engineers are one of the most impacted professionals during the Covid-19 crisis. Engineers are expensive assets, and many companies that over-staffed their technology teams prior to the crisis in anticipation of growth are now forced to put new projects on indefinite hold and cut down their engineering headcount.”

Recently many companies have started taking the call. Experts estimate that the global GDP could fall by 2.4-3.0% due to the pandemic. This could reach close to the 5% global GDP decline during the 2008 Great Recession. A few days ago, Prime Minister Narendra Modi called upon both the public and private sectors not to resort to wage cuts or layoffs. However, the situation at the ground level seems to be grim.

One of the worst sectors is the airline industry which is entirely on land. Few companies have started floating leave without pay and pay cuts in staff salaries. The International Air Transport Association (IATA) has remarked that more than 20 lakh jobs are at risk in India’s aviation sector. But the restarting of flights acts as the harbinger of the good news. Their situation may be seen improving in the coming days.

The situation is also not good for the budding startups that have started everything from the ground. Those startups that are worth $10-20-50 million in size have to do cost-cutting. And downsizing seems the only way of cost-cutting for them as they are unable to bear the expenses of the employees.

According to Nasscom, the Indian IT industry’s trade body, Indian startups created an estimated 60,000 direct jobs and 1.3-1.8 lakh indirect employment in the year 2019. Hundreds, if not thousands, of employees, have lost their jobs so far.

Although the food delivery sector was seen flourishing during the lockdown, it was not entirely true. There have been some voluntary salary cuts, especially from the top management and those in leadership positions. But this industry has worked better than the rest as people continued to order food online. Its future seems bright for growth and may see more such companies budding up.

The leading cab service companies have laid off hundreds of their employees and staff as people didn’t travel anywhere. With the recent relaxations in the lockdown, the cab services have been restarted with some regulations on the number of passengers allowed per ride. This might bring some relief to the companies, although the rehiring of the fired employees is a question still unanswered.

Hospitality and Tourism sector accounts for 12.75% of the total employment in the nation. This has been completely shut down for social distancing. This is among the hardest-hit sectors. And its future also seems dwindling as people might be skeptical about stepping for a vacation in other cities or countries in the near future.

The shutdown of gyms and fitness centers also led to cutting down on their staff. But they had the option of running live or online classes for their customers. Although this is not a coherent solution, this might have given some relief. The relaxations in lockdown may bring some hope to the fitness centers as they may get to re-open, but the decision lies in the hands of the state governments.

So, all in all, every private sector has been hit hard with the downfall of the Indian economy. And nobody is to blame here. The situation is such that this is the only coping mechanism for the industries to survive the economic crisis.

In spite of the global economic crisis, some companies have emerged harnessing the technology and understanding the consumer mindset. They have used this opportunity to connect to their user base and new consumers and strategize a post-pandemic recovery route. Employees who have been sacked can see this time as an opportunity to upgrade their potential and learn new skillsets. They have to keep an open mind to new job opportunities that might come their way.

Now the lockdown guidelines have been relaxed. Few of the industries are again reopening with strict social distancing guidelines. Life is going back to normal one step at a time. Flexibility and adaptability are crucial at this time. And whichever company and individual understand this quicker will grow faster than others.

Why is the theme for ‘Workspace Design Show 2023’ the first of its kind?

Introduction Ever wondered what the workspace of the future looks like? Along with a heavy tech-driven system, it comes with a spirit of togetherness and constant adaptability. The Workspace Design Show is here to bring forth the essence of modern-day designs from the...

How to increase the productivity of hybrid teams

As the world becomes more connected and globalised, it's becoming more common for companies to have employees working remotely or in different locations. This can lead to the formation of hybrid teams consisting of both in-office and remote workers. While this type of...

Importance of amenities at Workspaces

Workspaces may seem to be simple, but there is a lot to consider when choosing where you will work. When looking for the perfect office space, it is important to look for all the different aspects of the office and the amenities they provide. The more assistance and...

What defines a well-knit community is how we can define the success of a coworking space. When each and every employee comes together with a feeling of belonging and trust, there is an unspoken bond and effortless communication styles between colleagues, supervisors...

6 Tips For Employees And Employers To Beat The Monday Blues At Work!

Feeling stressed and anxious on the first day of the week? Be on your best workplace behaviour and beat the Monday blues at work with these tips. What Can Employees Do To Experience Happy Monday Vibes? Finish All Your Major Tasks On Friday While it's impossible not to... 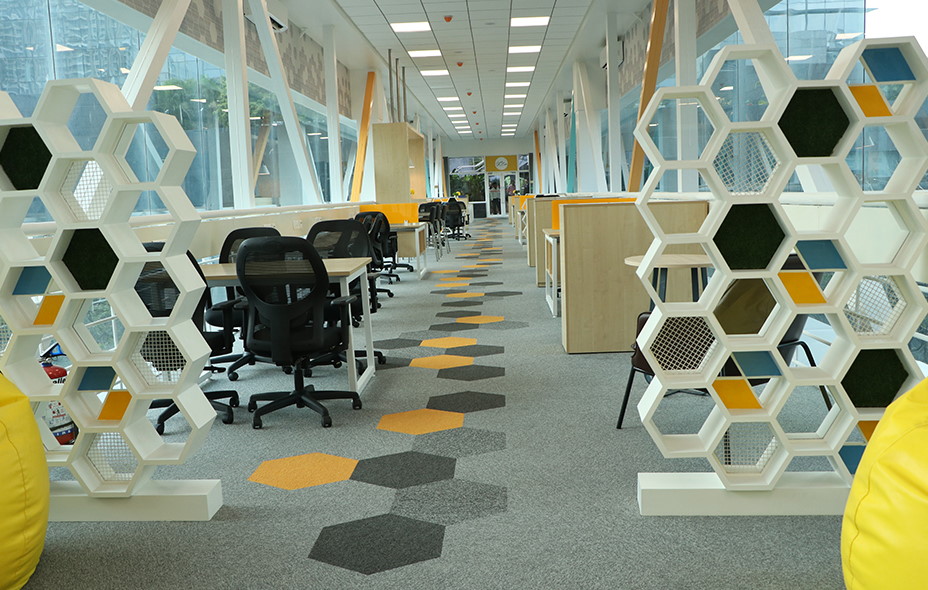 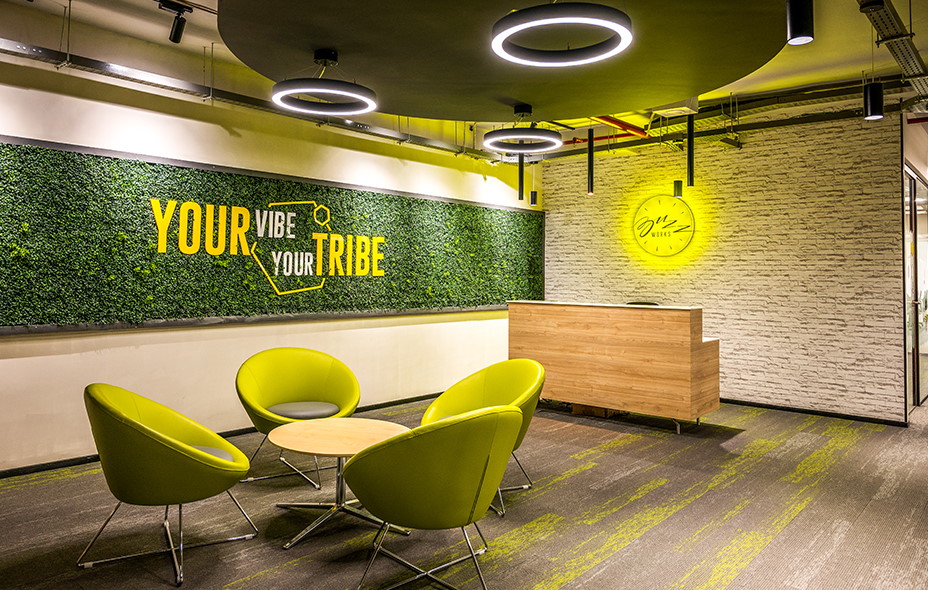 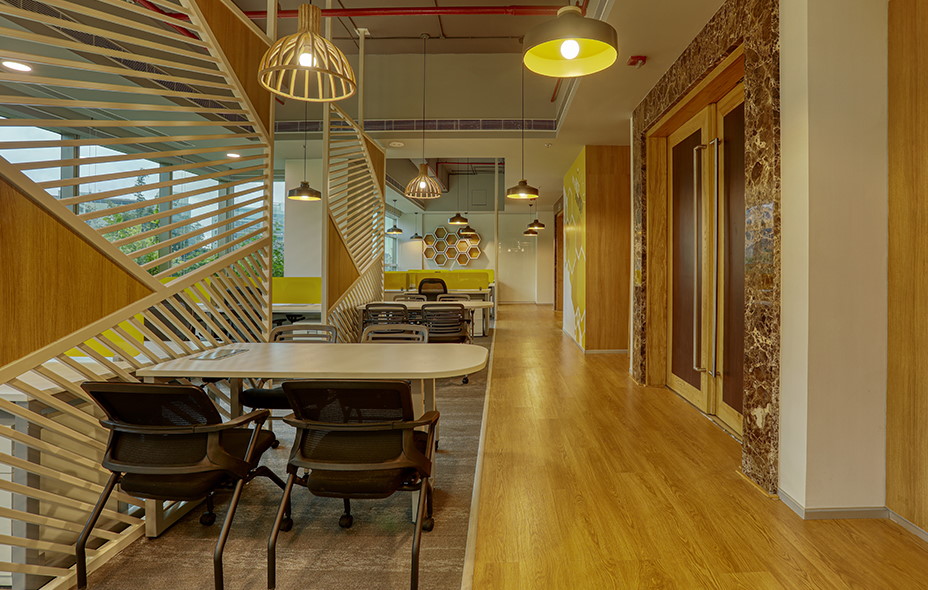